Game designers take it as axiomatic that if the player feels frustrated, something has gone wrong with the design. Yet frustration is an essential ingredient in many (all?) of the most famous and influential designs. What would Space Invaders be like if you never had to start again? What would Myst be like if you were never stumped? A game that is completely devoid of frustration is likely to be a game without friction, without disobedience. Games that are perfectly obedient are mere software.

I think to better appreciate the feeling of frustration, and the things we can do with that feeling, it might be useful to talk about some of the different tastes it can have. Not all frustrations are alike; they taste different. Some of the flavors are overused, and some are used only by accident. Some are rare: flavors for the frustration aficionado. We don’t even have language for the different flavors of frustration, which is strange when you consider that contemporary society is essentially a colossal industrial machine that aims to reduce frustration everywhere, but frequently manufactures it from nothing.

Anyway, here are a few of the flavors that I like.

1. Nearly There, But Not Quite

In this level of Zip Zap you try to swing the arm around to hit the upper pylon, by rotating the tiny orange piece. You’ll spend most of your time just barely missing the target.

I feel this type of frustration at the top of my stomach, like heartburn. Your heart leaps a little the first time you get close to finishing a task; there is a moment of anticipation and then relief. When you repeatedly get close and then fail, the flavor is like a tourniquet being wound tighter and tighter around your esophagus. It is a rare, pure type of frustration, one of the best.

In Sexy Hiking, one false move (or a glitch of the mouse) can make you fall all the way to the bottom of the cliff.

This one tastes quite different. You’ve gone all the way to your goal, only to have your hard work completely erased as you are sent back to square one. It’s a sickening feeling in the pit of your stomach, like you are cresting the top of a hill in a roller coaster. Like you lost the thumbdrive with your homework on it. We sometimes experience this when a game breaks due to a bug. Roguelike games are the only ones that routinely impose this feeling on purpose, and these days the sickness is often sweetened with a little irrevocable progress, like the levels you gain in the Souls series, or the characters you unlock in Spelunky.

3. There And Back Again 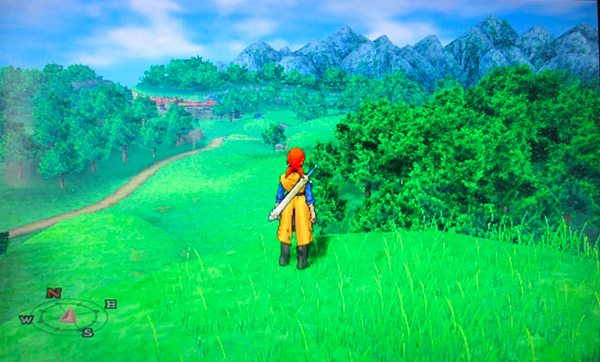 In Dragon Quest 8, you can walk as far as you can see. But if there’s nothing there, you’ll need to grind your way back through interminable random encounters.

This is a more intense frustration than simply starting over. In these frustrations you are forced to effortfully undo all of your progress, brick by brick. You don’t feel it in your stomach, you feel it in your head, like a sour pressure just behind your nose or at the roof of your mouth. It is the frustration of an unwelcome lesson, hard experience telling you to stay inside your box. 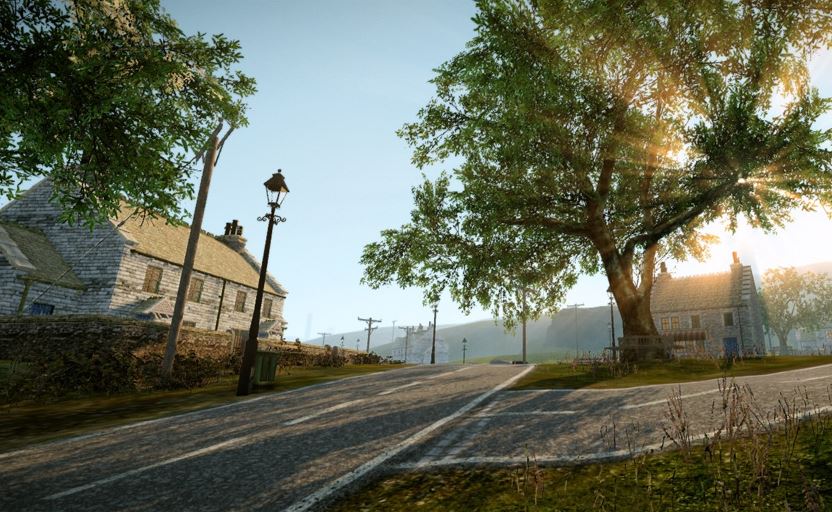 Everyone’s Gone To The Rapture asks you to circumnavigate a country town at a very relaxed stroll, even though a catastrophe has just taken place.

This one can feel like a cramp in the lower bowel, that builds gradually as it takes longer and longer to achieve your aims. The feeling builds gradually until it kind of crests, and your resistance to it is broken and you no longer feel it. This one depends a lot on framing: how long the player expects a task to take versus how long it actually takes. It depends on whether the slowness is seen as necessary or gratuitous or even malicious. It depends on whether it is temporary like the mud in Dark Souls‘ Blighttown, or a permanent condition.

Increpare’s Grave has the player buried alive, in a coffin underground. You can feebly knock on the coffin’s lid but nobody will ever hear you.

The frustration of futile, symbolic effort has been celebrated by a number of free games. Even just watching someone attempt a fruitless task induces a sense of sympathetic frustration, something that I think is best captured by artist Liza May Post’s short film and photo series Trying, in which a woman tries to swing her leg over a saddle on an elephant. I feel it in my stomach, like anxiety.

6. Going There Is Not Allowed 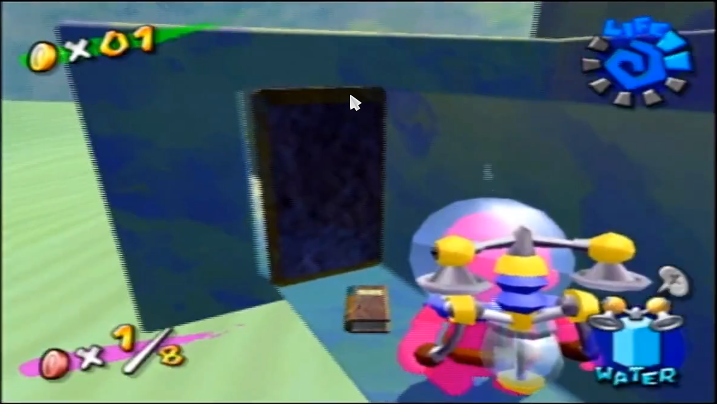 In Super Mario Sunshine there is a mysterious book hidden inside an underwater ruin. There’s no way to get to the book, but you can clip the camera through the wall to get a glimpse.

This is the frustration felt by children, especially babies, when they are held back from the thing they most want to do (usually to put their hand in a fire or to eat a bar of soap). A humbling sense of disempowerment, a re-establishing of hierarchical power arrangements, where the player realizes they are the bottom rung of the game’s hierarchy. The computer’s dominion over the player is absolute in a world of unfeeling, DRM-protected binary data. 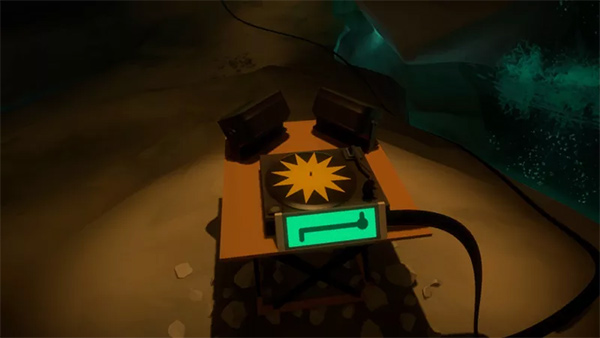 The special challenge in The Witness asks you to finish a number of puzzles before a record finishes playing. Many players will never be able to complete it, even though they can finish each of the component parts.

There are certain skillful or cognitive tasks that are not impossible; they are just impossible for me. When I attempt those tasks there is often this slowly-dawning realization that my rate of improvement is going to flatline long before I reach the level of ability required. We have all felt this – when we practiced dunking a basketball, or when we tried to get to competitive level in Counter-Strike or Street Fighter. It is a sense of confidence and optimism giving way to humiliated, morbid realism; the energy draining out of the activity. A moment when we mentally rope something off forever, resolving not to try it again.

9. I Don’t Know What The First Step Is 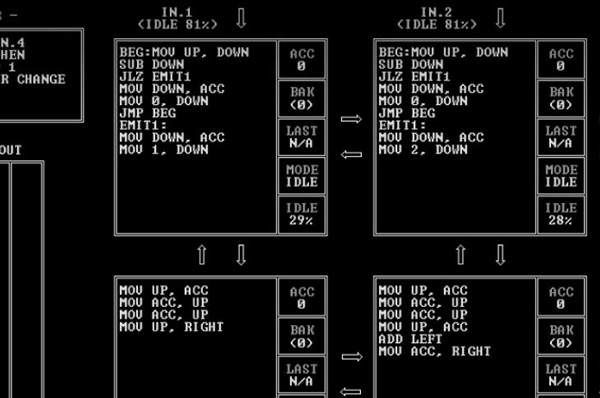 Zach Barth’s TIS-100 dumps you into an interface for assembly-language programming, with very little ceremony. If you never wrote any assembly before, it can be daunting.

There’s a difference between the feeling of being midway through a task and getting stumped, and being stumped before you take the first step. You can feel it in the bottom of your feet, if you’re the kind of person who feels it in the bottom of your feet when you look over the edge of a cliff. In my experience, adults have a particular terror of this kind of frustration, because it erodes the feeling of competence and experience that undergirds their self-worth. As a designer it is particularly tempting to stump adult players in this way, knowing that they can’t handle it. Like when someone reveals that they can’t handle being tickled. 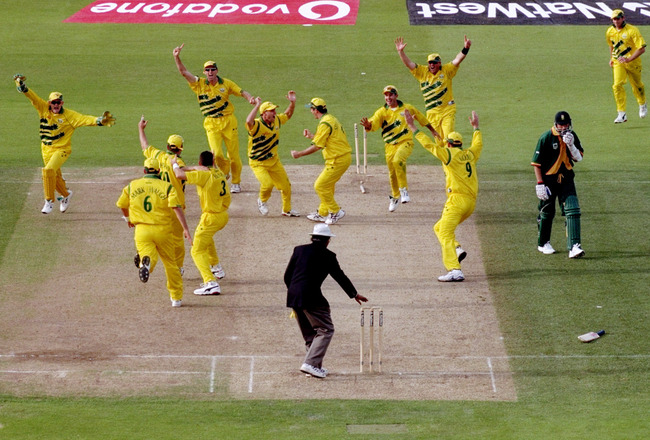 The Australian team reacts when the game against South Africa ends in a tie, toward the end of the 1999 World Cup

American designers often tell me that ties and draws are unsatisfying. I agree — that is why we should include them as a possible outcome in our games. Sometimes a tie can be exciting, if some other result was expected, but generally the feeling is a special kind of frustration, the anticlimax. You feel it in your body where the sense of resolution should have been. It leaves you feeling restless, agitated… maybe you’re ready to play again or maybe you just realized that playing games is a pointless exercise for idiots. 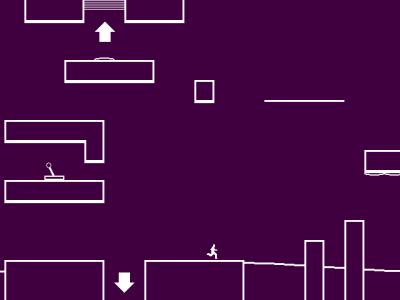 In Messhof’s Punishment: The Punishing, every time you finish a level you have to beat every previous level again before you can attempt the next one.

Being forced to repeat the same task over and over is a special kind of frustration, one that is more or less fundamental to the human condition. Every day we wake up again, wash again, brush our teeth again, get on the train again. It’s a kind of zen frustration that becomes invisible in real life. But games have a different framing: they aspire to being the exception to the rule of repetition. If you turn the same corner six times, a game designer tries to give you six different experiences. When a game is willfully repetitive, it’s a little rebellion against the fantastical, utopian ideals of the form.